A fantastic write up on Dr Chen Jau Fei, World renowned Nutritional immunologist about her insight on health

The author is Dr. Chen Jau fei, the famous Chinese-American scientist, "Nutritional Immunology" founder. In 1997, she won the "Ten Outstanding Young American Award", is the first Chinese to win of 59 years, is also the only woman to receive this award. 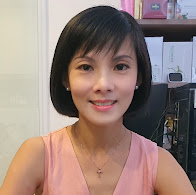