The toxic truth about vitamin supplements: How health pills millions take with barely a second thought can do more harm than good

The toxic truth about vitamin supplements: How health pills millions take with barely a second thought can do more harm than good


38
View
comments
Four years ago, I began taking the much promoted glucosamine supplement after hurting my knee in a skiing accident.
Glucosamine is made from shellfish and is widely believed to promote joint health - the theory is that it speeds up the production of the protein needed to grow and maintain healthy cartilage.
Although there's no clinical evidence of its effectiveness, my GP said it might help rebuild the damaged cartilage and improve my joint strength. I didn't hesitate, and immediately started taking the recommended dose, 1,500 mg a day.

Toxic tablet: Headaches, diarrhoea and a flagging libido can be side effects of taking some vitamin supplements
Not long after, I found I needed to go to the lavatory far too often - sometimes more than five times a day. I had abdominal discomfort, bloating, gas and my stools were dark and tarry. I self- diagnosed IBS.
My GP prescribed drugs to relax the bowel muscles, but they didn't help. Then, early last year, I ran out of glucosamine and didn't restock. My knee was better and I was taking fish oils, which were being promoted as the new miracle supplement for joints.
Within a few days, my bowels returned to normal and remained so until, after another ski accident damaging the same knee in March this year, I began taking glucosamine again.
Within a week my 'IBS' had returned and I made the link. I researched glucosamine and found that side-effects include diarrhoea and loose stools. I stopped again and, hey presto, everything's back to normal.
Sales of health supplements have soared in recent years, with 40 per cent of Britons taking them. It's such a huge market that manufacturers spend around £40 million a year just telling us about their products.
As supplements are either made from natural substances or mimic substances produced by our bodies, many people, like me, assume they cannot do any harm.
But we're wrong, say health professionals. They point out that the health supplement industry is unregulated, which means manufacturers are not required to list potential side-effects - nor do their products have to go through costly clinical trials.
There are a handful of exceptions, such as folic acid, which is recommended for women trying to conceive. If you take a tablet of 400 micrograms (mcg) strength to help with conception, it is classed as a food.
But increase the dose to 5 mg (to treat anaemia and other conditions) and it becomes a medicine, requiring a licence. Otherwise, there are no checks and balances to protect consumers. And this worries experts.
'Health supplements can produce ill effects,' warns Anna Raymond, from the British Dietetic Association.
'People take supplements randomly, but they can be toxic if taken with some medicines or in high quantities.' Needless habit: Experts say it's better to have a healthy diet than take supplements
Indeed, glucosamine has been linked to the death of one man. In 2004, Norman Ferrie, a 64-year-old engineer from Dundee, died of liver failure within weeks of taking the supplement.
'The liver had been normal and something had attacked it,' gastroenterologist Dr John Dillon, of Ninewells Hospital, Dundee, told the inquest in 2008. He said there had been two other cases involving extreme reactions to the widely used supplement.
'Increasingly, people are being taken in by the prospect of a magic pill that will make them healthy,' says Dr Dillon. 'Most people don't know that glucosamine and other supplements are only licensed as a food, but are sold as a medicine.
'It would seem fair to ask manufacturers of supplements to list serious risks.
'Everything we need can be got from a healthy diet. The vast majority of health supplements are a waste of money. People feel fluey and start taking supplements they don't need. They could end up with hypervitaminosis, caused by excessive amounts of supplements.'
This can lead to vomiting, lethargy and even renal failure. 'The only time a person should take a supplement is if a doctor recommends it,' adds Dr Dillon.
But even taking supplements on doctors' recommendations is not risk free. Last month, it was reported that taking calcium supplements - often prescribed for osteoporosis - could raise the risk of heart attacks by 30 per cent.
And it's not just the main ingredient than causes problems. Another risk is having an allergy to one of the constituents of a tablet, such as a binding agent or the gel coating, says nutritionist Dr Carrie Buxton, from the Health Supplement Information Service.
Despite the concerns, the Food Standards Agency says legislation on supplements is adequate. So, what can you do to ensure your safety?
Dietitian Anna Raymond advises anyone who starts taking supplements should tell their GP. And here we identify some of the supplements with potentially negative effects you won't find listed on the packet.
GLUCOSAMINE
WHAT IT IS: The supplement, which is made from crab and lobster shells (so should be avoided if you have a seafood allergy), is often taken to ease the symptoms of arthritis.
POTENTIAL SIDE-EFFECTS: According to the Arthritis Research Campaign, these can include stomach upset, constipation, diarrhoea, headache and rash; glucosamine can also react with anti-diabetic treatments by increasing blood sugar levels.
The UK Commission on Human Medicines has noted that glucosamine has a negative interaction with the blood-thinning drug warfarin and warns against taking these substances simultaneously.
The supplement might also cause water retention, as it attracts water.
KELP
WHAT IT IS: This supplement is made from a seaweed which is the fastest-growing marine algae in the world - it can grow two feet in one day and is most abundant off the north California coast.
Kelp is a rich source of several minerals and trace elements, including iodine - deficiency of which can lead to an underactive thyroid. It is marketed as a treatment for thyroid imbalance, caused by the thyroid gland producing either too much or too little of the hormone.
POTENTIAL SIDE-EFFECTS: Despite the claims made for it, studies have linked kelp to an increased risk of thyroid dysfunction. It's also a blood thinner and shouldn't be taken with aspirin or any medicine to lower blood pressure.
There's also concern that some kelp is being harvested from kelp 'forests' in polluted oceans, which means it could be toxic. In 2007, research at the University of California found high levels of arsenic in eight out of nine kelp supplements. Arsenic is linked to hair loss, headaches, confusion and drowsiness.
POTASSIUM
WHAT IT IS: Maintaining an adequate potassium level is important for bone health and the proper functioning of the body. Potassium supplements are often taken to help combat insulin resistance, arthritis and menopausal symptoms such as fatigue and mood swings.
POTENTIAL SIDE-EFFECTS: Taken in very high doses as a supplement, potassium can have serious side-effects such as arrhythmia (faulty heartbeat) - and it can even be fatal.
Research at Oregon State University has also linked it to muscle weakness, confusion, stomach pain and numbness or tingling in the hands, feet or mouth.
Potassium supplements react badly with some medicines, and shouldn't be taken by anyone suffering from kidney or heart disease, severe dehydration or high blood pressure.
Older people who often have too much potassium in their bodies should avoid these supplements - kidneys are less efficient at eliminating potassium as we age.
MELATONIN
WHAT IT IS: Natural melatonin is a hormone made by the pineal gland in the brain and helps to regulate sleep.
Supplements can control our sleep/ wake cycles and are used to treat sleep disorders. British manufacturers make medical claims about its sleep benefits, so here it is licensed as a prescription- only medicine - however it is freely available in the
U.S. POTENTIAL SIDE-EFFECTS: These include raised blood pressure, vivid dreams, headache, lower body temperature, fatigue, depression, decreased libido and reduced fertility.
A daily dose of 1- 3 mg of melatonin increases the body's levels of melatonin by 20 times the normal amount. The British Pharmaceutical Society says that studies on its effectiveness to treat jet-lag have been conflicting.
CALCIUM
WHAT IT IS: Calcium is an essential mineral for the growth and maintenance of healthy bones and teeth and for blood clotting, muscle contraction, healthy nerves and good hormone function. It is usually taken by women to boost bone health.
POTENTIAL SIDE-EFFECTS: Research published last month by Auckland and Aberdeen universities reflected other studies in finding a 30 per cent increased risk of heart attack among women taking calcium supplements - most women taking them are postmenopausal and concerned about osteoporosis.
This increase is due to the risk of calcium supplements accelerating the hardening of blood vessels. Doctors involved with a 2008 New Zealand study advise women of 70 or older not to take calcium supplements 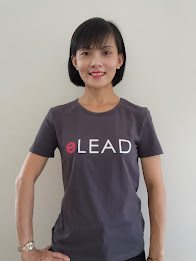